Fort Worth is really one of a kind when compared to other cities in Texas and the rest of the United States. After having lived in a few different cities in the state of Texas, I can confidently say that it is one of my favorite locations to live in as well as visit.

Along with Dallas, it is part of one of the most populous and rapidly expanding metropolitan regions in the United States. It is often referred to as the “city of cowboys and culture.” Below you can find the things Fort Worth is most famous for.

Fort Worth has been a hub for cowboys since its founding. To this day, it remains one of the main centers for ranching and cattle herding. It isn’t uncommon to see someone walking around with boots and a Western hat, and it’s not just for tourists.

Of course, it’s not just cowboys who are important in Fort Worth. You’ll find plenty of cowgirls in the city as well. It’s even the location of the National Cowgirl Museum and Hall of Fame. Unfortunately for the cowboys, there’s just a Hall of Fame.

The Fort Worth Stockyards is one of Fort Worth’s most famous attractions. For over a hundred years, this has been the center of cattle trading in the area.

In the early 1900s, over a million cattle were sold at the Stockyards per year, making it the Texan equivalent to Wall Street back in the day.

Today, fewer livestock auctions take place here. However, Fort Worth is the only major city in the country to have a daily cattle drive, called the Herd. This takes place twice a day in the Stockyards.

Texas Christian University, or TCU, is one of the most important universities in the state. The horned frogs are known all around the country. No matter where you are in Fort Worth, you’ll find students and alumni sporting their purple gear.

The university’s prestige goes beyond football. TCU is known for its stout academics and prestigious fine arts program. The campus has several old-fashioned buildings and pleasant walking paths, so if you happen to be in town, it’s worth taking some time to explore the grounds.

Sundance Square is one of the prettiest spots in town, especially during Christmas. Starting in November, the square lights up with ornate decorations and a giant Christmas tree complete with Santa Claus.

The square is nice to visit year-round. During the summer you’ll often see outdoor yoga classes or cultural events.

Fort Worth and North Texas have been known for the Trinity River for quite some time, but recent conservation efforts have turned this river into one of the city’s most popular outdoor gathering places.

With hundreds of miles of scenic and well-kept trials, the Trinity River is popular for cycling, jogging, and a simple nice stroll. There are plenty of restaurants and cafes along the river, so it’s also just a nice place to meet for a cup of coffee.

For art lovers, it doesn’t get much better than the Kimbell Art Museum. This world-class art museum has one of the world’s finest collections. Almost every great artist you can think of is on display here, from Michelangelo to Picasso.

Not only is the collection cool, but the museum itself was designed by the famous architect Louis Kahn, so the building is worth seeing just for that. The permanent collection is free, but there are rotating exhibitions that require an entrance fee.

If you didn’t get enough art at the Kimbell, the Modern Art Museum is also excellent. Also designed by a world-class famous architect, Tadao Ando, the museum is a stunning example of modern architecture with lots of natural light and glass. It’s a nice place to sit with a sketchbook or just enjoy the art. The collection includes, unsurprisingly, modern art and has lots of rotating exhibits.

Fort Worth wouldn’t be much of a cowboy city without a rodeo.

Every year, Fort Worth attracts some of the most important cowboys and cowgirls from around the world for the rodeo. The rodeo usually lasts about a week, and it’s a great family-friendly activity and a great chance to see some real bull riding.

If two-stepping isn’t really your thing, Fort Worth is also known as being home to one of the country’s most prestigious ballet companies.

Texas Ballet Theater is split between Dallas and Fort Worth. The company attracts some of the most world’s most famous choreographers and dancers.

If you’re going to the ballet in Fort Worth, you’re probably going to Bass Performance Hall. This multi-functional concert hall hosts events such as ballet, musical theater, and live music events.

The building is known for its giant angel statues, which were carved by the famous artist Marton Varo using Texas limestone.

This urban park is one of the many works of architecture for which Fort Worth is known for.

Built in the 1970s, the gardens were designed to be an oasis in the urban jungle of downtown. In addition to a meditation pool, the gardens have plenty of spots that are great for reading a book, reflecting on nature, or having a nice picnic.

If you’re more into green nature, the Fort Worth Botanic Gardens have some of the most beautiful gardens in the state.

The most famous are the Japanese Gardens, which include a replica of the famous Zen rock garden in Kyoto, Japan. The other gardens are also very beautiful, especially in the spring when the flowers are in bloom.

The Fort Worth Zoo is the oldest zoo in Texas and is frequently rated the top zoo in all of the United States. Gorillas, tigers, and even bonobos call this zoo home.

The zoo is involved in many conservation efforts, and there is a lot to learn during your visit. It’s a perfect outing for families, but adults will also have fun during their visit.

For NASCAR fans, Fort Worth is famous for the races at the Texas Motor Speedway.

This racecar track hosts several races throughout the year including the NASCAR Cup Series and the IndyCar Series. The Texas Motor Speedway hosts musical concerts and other events in addition to the races.

Every four years, Fort Worth hosts the Van Cliburn International Piano Competition. This is one of the most famous and important piano competitions globally.

The competition is hosted on TCU’s campus and attracts some of the most famous pianists and classical music enthusiasts from around the world.

If you can’t make it to Fort Worth to see the competition yourself, it has been livestreamed since 2009. The competition takes its name from the famous classical pianist Van Cliburn, who lived and worked in Fort Worth for much of his life.

This historical monument in Fort Woth is easy to overlook, but it’s one of the city’s most important landmarks.

This living history monument has several log cabins from the 1800s. These houses have been restored to their original condition and moved from around the state to Fort Worth, where visitors can see what life was like during the 19th century.

One of these houses is the Van Zandt Cottage, named after K.M. Van Zandt. Van Zandt was a Tennessee native who was responsible for helping with the annexation of Texas into the United States. He was also responsible for much of the founding of the city of Fort Worth.

Thanks to the city’s restoration efforts, his farm and cottage can be visited in their original condition.

Fans of the Wild West are probably familiar with the Fort Worth Five. They were one of the most famous gangs in Western history. Two of the infamous Fort Worth Five were none other than Butch Cassidy and the Sundance Kid.

The gang didn’t last too long. Shortly after a famous photograph was taken of the gang in Fort Worth, the members of the gang went their own ways. The photograph came to be known as the bad luck photo.

Though Butch Cassidy and Sundance Kid didn’t have the happiest of endings, it’s rumored that Sundance Kid’s girlfriend opened a successful brothel in Fort Worth after the gang’s demise.

This claim remains disputed, but whoever it was who opened the brothel became a very successful businesswoman in the city until she died in a fire at the Waco hotel in 1962.

Today, the Chisholm Trail is known as the name as one of the major toll roads in Fort Worth, but the name is much older than that. After the Civil War, this trail was established as one of the main trails for cattle transport.

Back in the heyday of ranching, a single head of cattle sold for about $4 in Texas. In other parts of the country, the price was about $40. Thus, the Chisholm Trail was established to bring cattle from as far south as San Antonio to the Kansas railroad, where cattle would then be shipped around the country.

Fort Worth was one of the main stops on the Chisholm Trail, which is one of the many reasons why the city became a center for cattle trading and cowboys.

The trail took its name from Jesse Chisholm, an influential trader who was half Cherokee and who, together with a scout named Black Beaver, developed the trail and were the first to use it to herd cattle.

Fort Worth Independent School District’s board appointed a new superintendent

Fatal accident in Arlington claimed the life of a female pedestrian 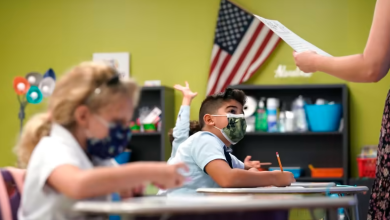